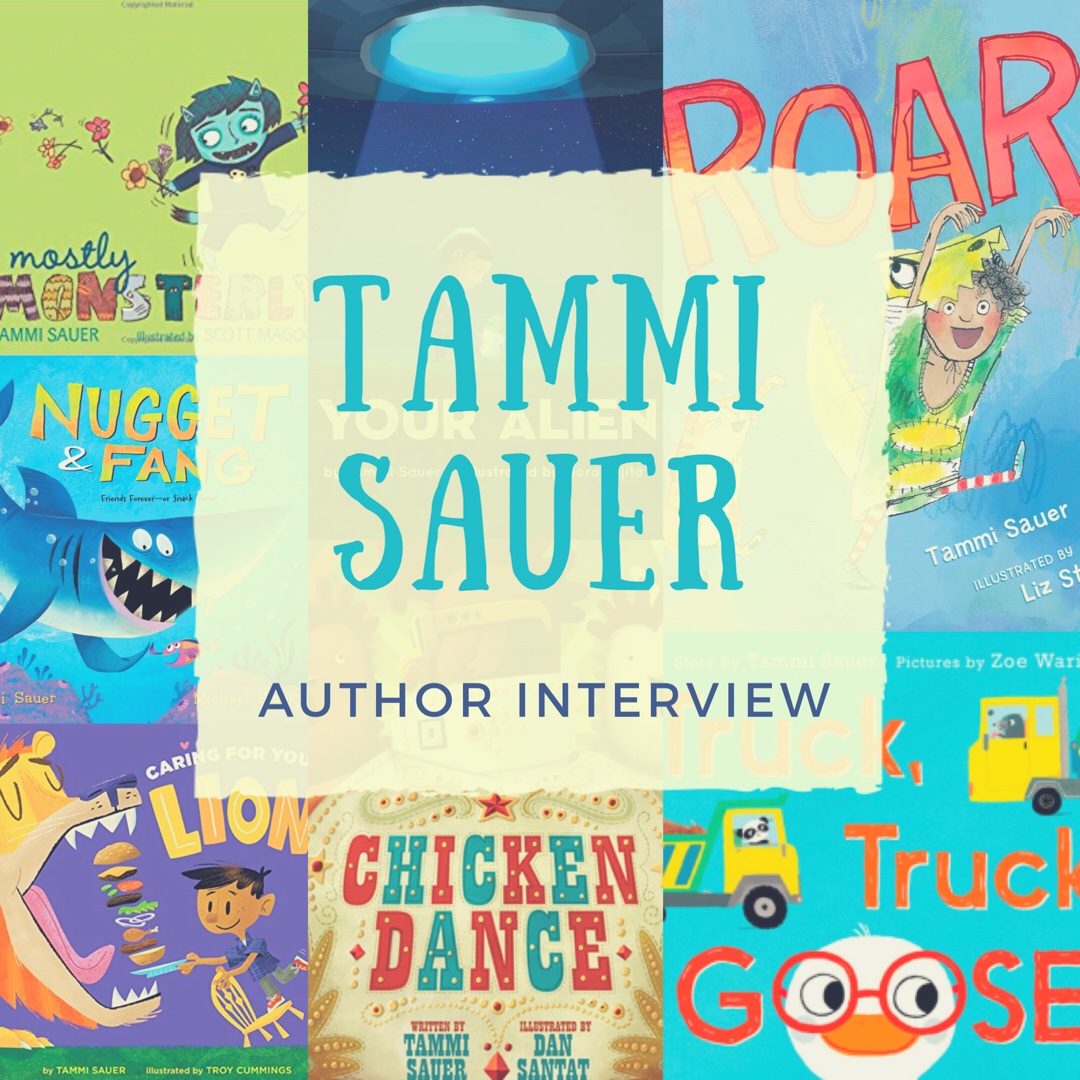 Tammi Sauer is a full time author who presents at schools and conferences across the nation. She has sold more than 30 picture books to major publishing houses including HarperCollins, Houghton Mifflin Harcourt, Penguin Random House, Simon & Schuster, and Sterling. In addition to winning awards, Tammi’s books have gone on to do great things. Nugget & Fang was made into a musical and is currently on a national tour, Wordy Birdy was named a Spring 2018 Kids’ Indie Next pick, an Amazon Best Book of the Month, and a Barnes & Noble Best Book of the Month, and Your Alien, an NPR Best Book of the Year, was recently released in Italian, Spanish, Korean, and French which makes her feel extra fancy. (extracted from author website — www.tammisauer.com)

Her book But the Bear Came Back was featured in my post on Appreciating What You Have.

I find it fascinating that you have been writing routinely since childhood: a pen pal since age 14 and over 20 published books, not to mention your blog. That’s quite a written history of your development as an author and writer! Do you ever review your past work? Have you observed any changes in your writing or any particular trends?

From time to time, I read my books. They’re like old friends, and they all have one thing in common. Even from the very beginning, my books have both heart and humor. Those are my favorite kind of picture books to read, so it makes sense that they are my favorite kind to write. I think the main change in my writing is that I have enjoyed experimenting with different structures, styles, and point of view. My earlier books were all in prose and followed the classic story arc (main character has a problem, she encounters obstacles of escalating difficulty, she is faced with a dark moment, she solves the conflict and grows/changes by the story’s end). While I have loved writing these sorts of books and still continue to do so, I have challenged myself to try other approaches as well. For example, Your Alien

is a circle story told in second person, Mary Had a Little Glam

is a rhymer, and Caring for Your Lion

uses a how-to structure. My latest attempt at trying something completely new is Knock Knock

, my upcoming book with Scholastic Press. It’s a funny and heartfelt story about a bear who longs to hibernate, and it’s told almost entirely through knock knock jokes. 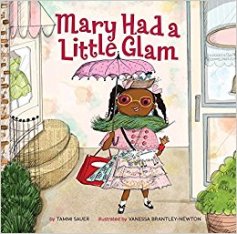 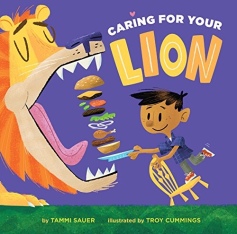 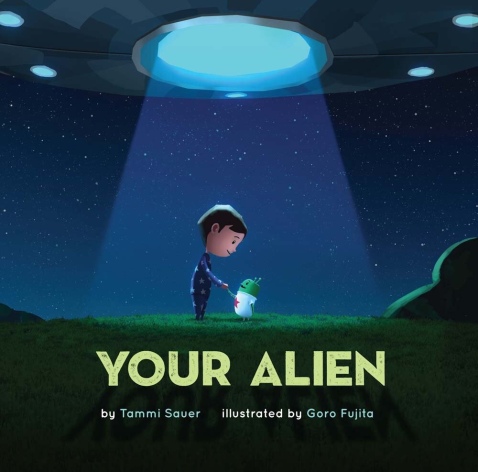 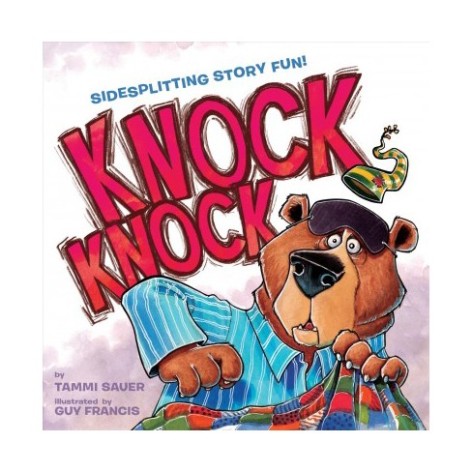 You’ve mentioned in past interviews that you get your ideas from things you observe or experience. After publishing so many successful books, is it any easier to identify those special moments that can be turned into a picture book storyline? Do you have any tips on how to recognize a story-worthy moment?

Ha! No, it hasn’t gotten any easier. Coming up with a good, fresh idea is still the hardest part of the writing process for me. My tip would be to pay attention to the world around you. Ideas are lurking everywhere. We just need to uncover them.

I wrote about But the Bear Came Back

in my post on Appreciating What You Have. For me, the bear seems to represent a variety of possible roles—a new sibling, a new neighbor, kids in a new school—all playing a part in the general discomfort we experience with change. Where did the idea for But the Bear Came Back come from? What role were you envisioning when writing the story? 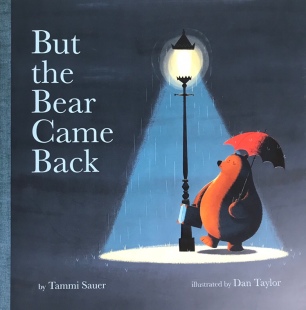 The idea from But the Bear Came Back

came to me when I was listening to NPR. They played the old song “But the Cat Came Back” which is about an old man and this cat who just wouldn’t go away. It’s funny, but some of the verses from the original song are pretty gruesome. Hearing that song inspired me to write a book about a very straight-laced kid who is faced with a big and unexpected visitor who wants to move in. I wanted this kid to represent all of us–we all have to face change at some point, and, when we least expect it, we sometimes discover that change can be a very good thing.

was turned into a touring musical. That sounds absolutely fantastic! Did you communicate with the creators of the musical about the adaptation? How did their interpretation compare with your original vision when writing it? Do you ever find yourself intentionally leaving room for individual interpretation when writing?

into a musical after they read the book and found themselves laughing out loud. Once we settled on the terms, Arts Power worked to create the script, lyrics, and score. I reviewed the script and lyrics and offered my input. I thought their interpretation contained the same heart and humor found in the book. This spring, Arts Power offered Nugget and Fang: Friends Forever―or Snack Time?

as a musical and performed the show at over 60 venues across the country. A production of Your Alien

is currently in the works. When writing my books, I never think about the possibility of them becoming musicals. My focus is always on writing a story that will connect with readers. 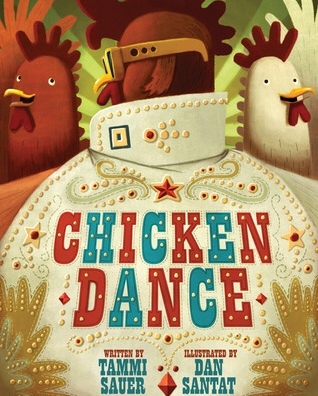 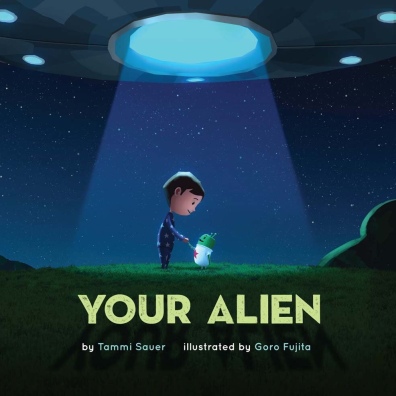 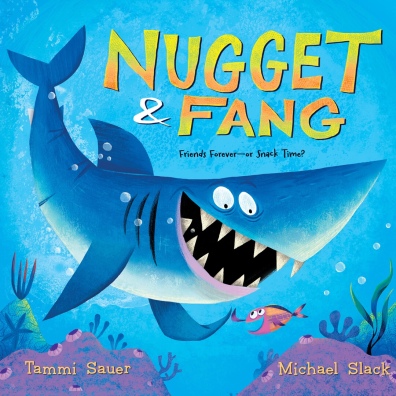 You’ve spoken in past about a college professor who impacted your career by expressing a belief in your talent. Do you think this is a role that critique groups could also play? What do you think is the most important thing to look for when seeking a critique group?

It always helps to have people who believe in us. I think the most important thing to look for when seeking a critique group is to find people who are at least as good as you are–if not better. If people who are critiquing your story just tell you how wonderful it is, that doesn’t help you. You need people who will push you to make a good thing great.

2018 has been a busy year. In addition to Wordy Birdy

(Doubleday) and But the Bear Came Back

(Sterling), I have four more books coming out this year. Go Fish!

(Houghton Mifflin Harcourt) joins the mix on September 25. Then, on November 13, there’s Making a Friend 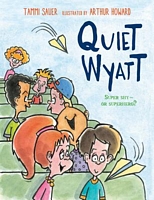 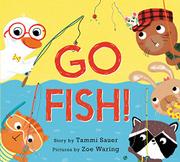 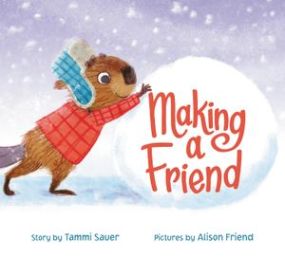 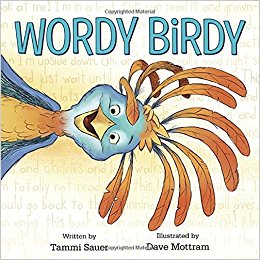 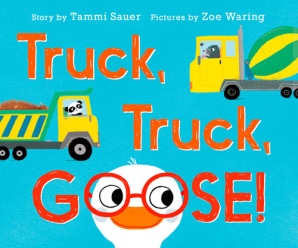 Thanks so much for having me on Read. Learn. Repeat.

Thanks so much for joining me, Tammi!